​What My Horse Told Me Through an Animal Communicator 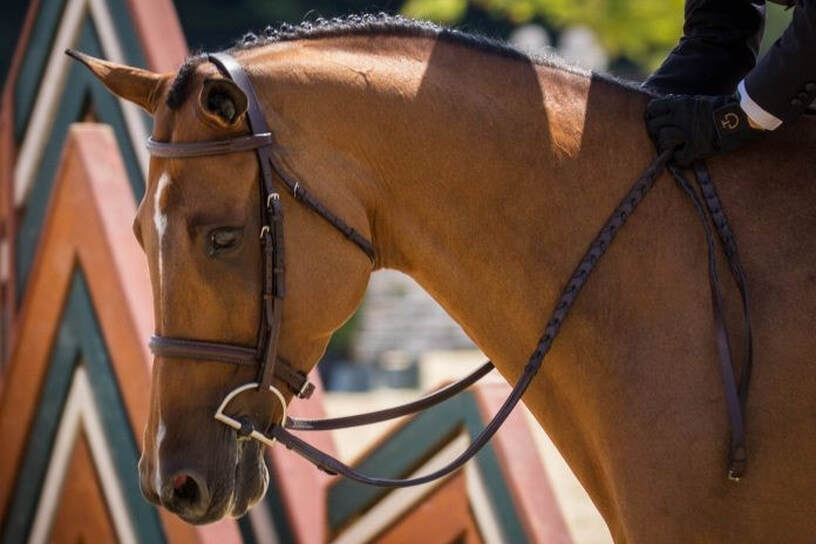 Photo © Lauren Mauldin
BY RENNIE DYBALL
These are strange days. To say we’re all living in some sort of alternate universe right now isn’t an exaggeration. We’re in an unparalleled, unprecedented time of working together (from a distance) for the greater good amid a global pandemic.
Thank goodness we have horses.

Since no one is horse showing, this is the time to work on ourselves and our animals at home, provided you can do so safely. For an escape from the scary news cycle—and because I can’t quite decide where I fall on the skeptic/believer continuum—I consulted with a noted animal communicator about the horse I lease. Why not use this time to try to learn more about him?

Laurie Wolf was recommended to me by multiple friends at my barn. She lives and works in the Ocala area, where all the proceeds from her animal communication work go directly to her non-profit animal sanctuary, Equestrian Spirits. http://www.equestrianspirits.org. So Wolf does not profit in any way from “reading” horses and helping them to communicate with you. The suggested donation of $160 an hour (or $40 for each 15 minutes) goes directly to the animals at Equestrian Spirits. 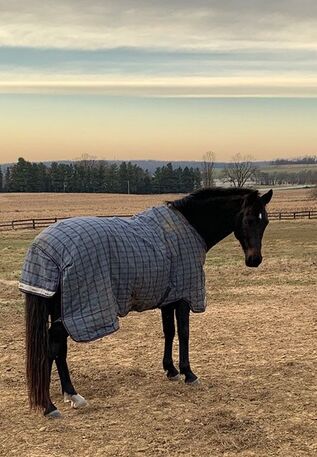 Photo courtesy of Rennie Dyball
Wolf began by telling me that the horse I lease, Pony (a big-bodied, big-strided Hanoverian cross who tops out at just 15.1hh), loves me. Cue the happy tears. “And I don’t say that to everyone,” Wolf added, explaining to me that, as an empath, the horses speak through her. “He says it’s an honor to carry you.”

I didn’t have to provide much information about Pony for Wolf to be able to communicate with him. I did ask her what I could do to be a better partner to him in the ring. Wolf told me that Pony says there are moments during each ride that he feels like I get distracted and thus disconnected from him. “You get two or three steps ahead in your mind,” Wolf told me. “And he can feel that through your body.”
​
At first, I didn’t understand what she meant. One of my favorite things about riding is that it’s the only time that I’m not distracted. It’s a welcome relief from the rest of our lives, isn’t it, when we don’t think about anything but what our horse is doing? But the more I thought about it, I realized that I do have moments of distraction while riding—just not in the traditional sense. I’m distracted by my own anxiety, and Pony can sense it.

As a teenager, seeing my trainer raise the jumps was thrilling. As an adult amateur, that same sight just brings on the nerves. So I can easily see how this type of momentary distraction while I’m flatting (“Oh no, is she really making that an oxer?”) can feel like a disconnect to my horse. It was a great reminder that I put to use right away. When I caught myself sizing up a jump as Pony and I trotted around, I told myself to just stay connected to him in that moment instead. I’m sure we both benefitted from it.

I also asked Wolf how Pony feels about showing. While we’re obviously on a break right now, I am excited to resume competing as soon as we’re able. In our very first show together (possibly Pony’s first in a hunter division) we won a couple of classes and had a solid first outing together. I can’t wait to do it again—and apparently, he can’t either. 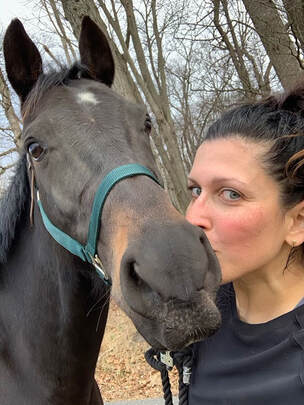 Photo courtesy of Rennie Dyball
“Even when you’re at home, he wants you to tell him that all the judges are watching,” said Wolf. “He loves that excitement and the nervous energy of the show ring.”

My trainer and I laughed about that one. She’s always pointing out how proud Pony looks going around in lessons, particularly when he has an audience.

Overall, Wolf was spot-on in her assessment of Pony’s tendencies. (She even mentioned how much he would prefer to be asked for a lead change in the air over jumps, which is absolutely true.) At minimum, “hearing” from him via an animal communicator was entertaining—at best, it will truly help our partnership.

“We could be outstanding together,” Pony apparently told me through Wolf of our showing future.
​​
Standing with Pony in his stall a couple days later, I rubbed his forehead in his favorite spot. “So, you think we could be outstanding?” I asked him. And Pony responded with a slow, unmistakable nod.
Support Us